There are many obstacles to completing a novel; so many responsibilities to interrupt the would-be author, such as the processing of laundry, the exercise of the dog, the obtaining, storing production and disposal of food, and a glance in the new full length mirror making one exclaim Oh my God you look terrible in that lovely cool outfit and dash to the bedroom to change into something hotter.

In the past week though, two particular events occurred to amuse and delay.

The first, while  actually, working on my sixth or maybe seventh edit, brought me to a stop when I experienced severe pain around my chest and back. Oh, thought I, Now that hurts quite a lot. I leant back in the chair and took deep breaths. My lungs felt fine, which was a relief. Not a third P.E. then. I lifted my arms in the air and smiled at myself in the mirror – weird, I know, but I was checking for stroke symptoms. All was symmetrical – and just as lumpy as my reflection had looked in the comfortable outfit.

Heart then? I checked my pulse, all fine.

Despite these reassurances I decided I should sit with Whizz for a while in case of emergency, so I rose from my office chair. Like a miracle, the pain subsided to a manageable level. Hmm. I reached behind my back and unfastened my bra, and the pain vanished. My medical emergency was a TIGHT BRA! 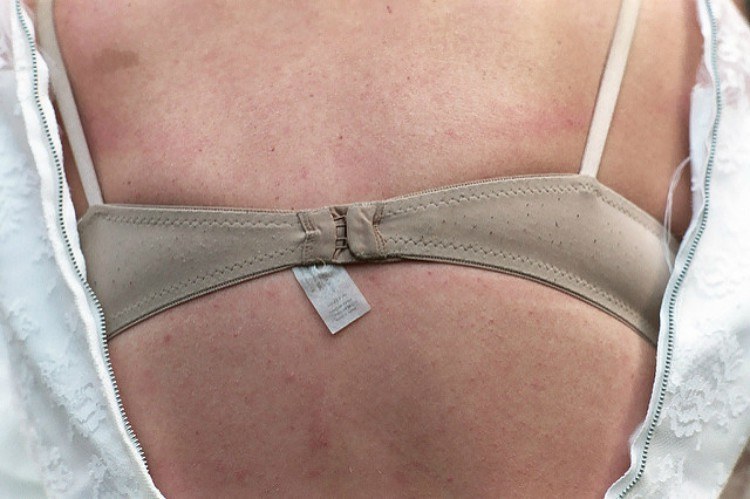 The second obstacle occurred, once again while I wrote. I was alone in the house, while Whizz worked somewhere in Surrey, and Mavis was away in Bath. Downstairs, the dog began to bark, not in an I want a pee way or a where are you I need a fuss? way, no this was more like a, something’s going on and I’m nervous way. The type of bark our pathetic mutt would make if, say, a burglar should climb in through the window.

I crept down the stairs and through the lounge and peeped round the corner to the kitchen. Milo was leaping up at the sink, at something that was worrying him at the window. This was getting quite scary and my fight or flight mechanism kicked in. Heart in overdrive, I tiptoed towards the kitchen and there was…

A pigeon, strutting along the window ledge – INSIDE. It aimed its eye at me quite calmly then shifted it back to the dog, which was panting and scrabbling to reach it.

I locked the dog in the hall from where he maintained an anxious and frustrated yipping, and turned my attention to this appealingly confident bird. Having opened the window in the mistaken hope that it would see sense and leave, I began a conversation. ‘Hello pidgy,’ I said gently, and advanced upon it.

It scuttled along the window ledge to the other end, knocking over pots of emerging cuttings and the washing up liquid. When I bore down on it again, it hopped onto the worktop and I, sensing success, cornered it against a cupboard and captured it. Holding it, as I knew I should, buy encircling its closed wings, I managed to throw it out of the open window.

Now, you might think that would put an end to the tale but instead of flying away, this bird, after sitting on our drive for a minute to recover from its ordeal, stood (it was at this point that I noticed it was ringed) and began pecking at the ground. It was eating. Not too stressed then.

Somewhere in my memory I located a reference to racing pigeons getting tired and stopping to rest. Perhaps the creature needed  a quick drink before it went on its way. I filled a pyrex dish and slid it onto the drive before returning to the kitchen to watch events . The bird ignored the water and began walking like an Egyptian straight into the road: a B. road.

‘Noooo’ I hollered. I’d been to a lot of trouble to get the darned bird this far, I was not about to watch him being flattened by a juggernaught.

The road was empty, thank goodness. I clapped my hands and ran up behind  Pidge, but he would not fly. He did increase his pace to a trot and eventually, with me a yard behind, my arms protectively held wide like a socially distanced hug, he turned right into the access drive of a house behind ours. I worried I might have injured him when I lobbed him through the casement, so, needing reassurance, I shouted and ran at him and with relief, watched him take off and fly away.

An hour later, I let the dog into the back garden and he rushed at something snuggled against the fence. You guessed it; the pigeon. The bird had clearly taken a liking to us. It fluttered upwards to avoid Milo and I think it went over the fence but later it was back.

To state the bl**ding obvious, pigeons and dogs are not compatible, and our dog likes to be in the garden in order to, among other things, bark at the wood pigeons that perch on top of our garage to taunt him.

So Milo was confined to barracks while Whizz and I attempted to round up pidge and identify his owner from the ring around his ankle.

I won’t bore you with our failings but suffice to say that after constructing and cleaning the dog crate to confine the bird, obtaining corn from a neighbour who keeps doves, and placing inside the crate a handful of grain and a dish of water, Pidge, and the crate, are both in our garage, The bird, perched as high up as he can get on a giant box that once housed our microwave, and the crate, an enormous and inconvenient thing – much like Milo, is in the middle of the gangway.  Whizz, after a lot of cajoling and the use of ladders at both ends of the garage, managed to read the number from the bird’s bracelet, and a man from High Wycombe is coming to retrieve his property later this evening.

So, I am writing a blog post, which is much more entertaining than editing a novel.