The past two months have seen as many family weddings. Weddings are joyful occasions and when Horace married Ker-ching in May I thought it would be the pinnacle of enjoyment. It was special, but it also carried with it responsibilities, which took the edge off, not only for me and Mavis, who stood and sang this song (try to ignore  the lack of apostrophe), but also for the happy couple, who carried the burden of organisation and finance.

For me there was the additional problem of the outfit. My portly frame would appear in many a photograph, I thought, so what to wear?  I decided that if I wore a huge and brightly coloured hat, attention might be averted from my body, and so PINK became the rule of dress.

I bought a hat… 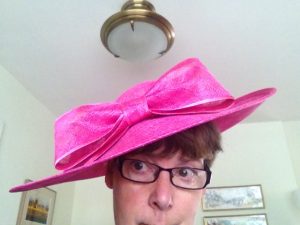 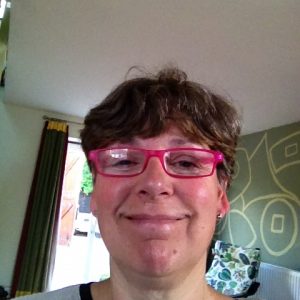 and a bag and watch in the same colour. I also invested in Spanx (not in shocking pink).

It was some time later, and not very far in advance of the big day, that I decided to check that the outfit still fitted and that I could get into the afore-mentioned underwear. To my horror, I discovered that instead of a flap with press studs, as one would expect in the crutch of such items, the Spanx appeared to have, what in men’s pants would be described as a ‘fly’, albeit in the correct strategic location for a woman. An opening with overlapping edges. I mean for goodness sake, look at this video.

The first thing I did was to test this ‘opening’ and of course I peed all down the legs. Ugh.

My brand new magic swimsuit went straight into the laundry and I decided I would need a Shewee. Of course it must match my outfit so…. 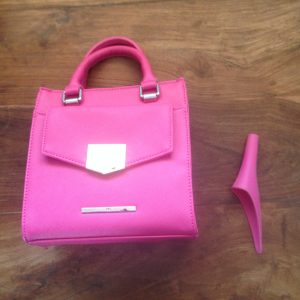 I didn’t have the nerve to use it in the end, and a trip to the loo involved a complete strip-off and a lot of grunting to get the underwear back on afterwards.

Earlier this year my brother, A.K.A. Wonder Man, stopped wondering and decided with remarkable speed and  determination, that he had met his Wonder Woman. This, at the age of 59, was something we in his family had hardly dared to imagine. Our joy was palpable on the day of his nuptials.

The mother of the bride on this occasion, decided to  introduce some drama – she is an actress after all – by taking a tumble on the eve (appropriate time for those of us who know her identity) of the event and breaking a bone in her shoulder. The upshot of this was that the bride-and-groom-to-be spent until 6am in casualty, and arrived at the celebrations, with M.O.T.B. in a wheel chair, all of them having managed but two hours sleep. The happy couple were undeterred and managed to keep going until late into the evening. The speeches were incredible, being also by actors.

Horace and I decided the whole event was even more enjoyable than her own, because of the lack of responsibility.

Conversation with my parents, under the Scout jamboree tent that served as a marquee, drifted to my own wedding – as it would, me having experienced three of the blighters. I have mentioned in a past post about my three husbands. here they are, bless them. 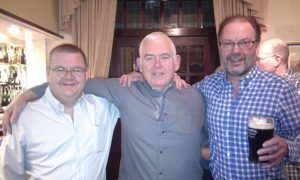 This was taken when we all attended the funeral of a dear friend. The experience elicited the parental crack about Three husbands and a Funeral, that still amuses them and their friends, on a regular, intoxicated basis.

My marriage to husband number one (on the right) was at Mum and Dad’s expense. A full blown affair in the more formal tradition expected in those days. Less traditional was my departure after only six months.

The thing I didn’t know at the time, but I have heard about on a number of occasions since, is that my parents had no money to buy us a wedding present, and so purchased a fridge-freezer on the ‘never never’. They were still paying for it 18 months later, and the worst thing was, Husband Number One got to keep it.