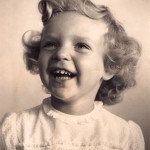 When did I first begin to write?

I was an exceptionally early reader, reading to my small friends, even before I went to school. When I was about 7, I impressed a teacher by telling her that I had read Black Beauty and understood that it was written in the first person. I suppose that an early relationship with literature is bound to lead to a good turn of phrase.

Many years ago, I began sending a Christmas Missive to friends and family. I discovered that I liked to write it and found that my contacts looked forward to receiving one each year.

It is a cliche to say that everyone has a book in them; Although I have two siblings  with my birth name of Mendes da Costa, both of whom write, I thought I did not have the imagination. But one day a plot came to me, and I sounded out my husband. He thought the plot was good, and with a surprising ending, so I began the long journey of learning the craft of novel writing, trying to fit bits of writing into my days, which were already full to bursting.

Joining classes and writers’ groups I learned more than I bargained for. There is more to writing a novel than anyone would imagine.

Now, I have retired, and can devote the time I have been craving to my writing. In my home in the village of Pebbleditch I have set up my office so that in one direction I can watch the children I once supported, milling along the pavement to school, and in the other, I see the dramatic peak of the Beacon at the end of the Ridgeway in this beautiful countryside, that inspires the imaginary setting in my novels, of Chelterton where Kitty Thomas grew up and now works. 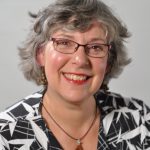